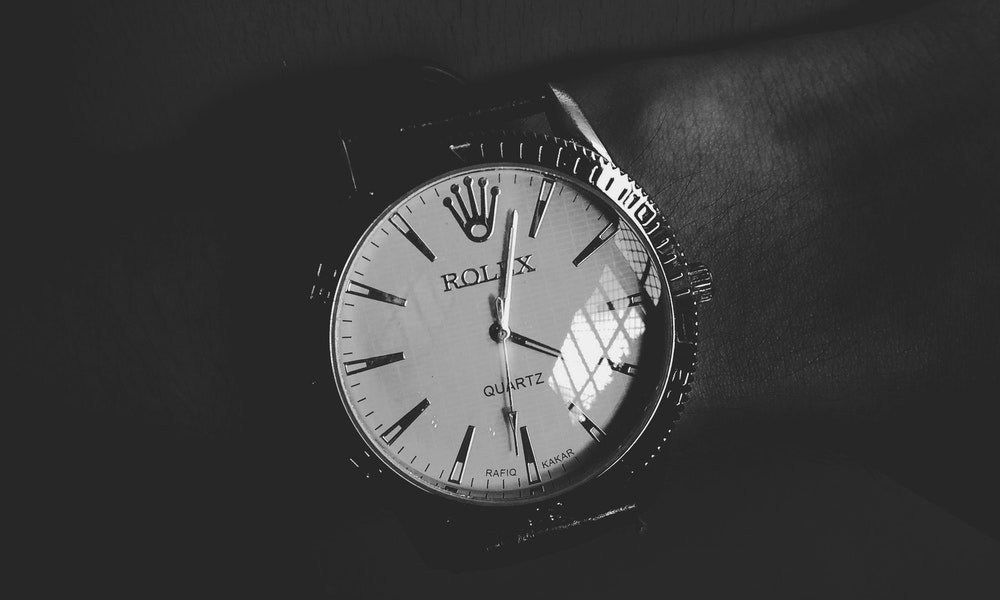 Auction houses are apparently seeing a surprising increase watch sale surge amidst the restrictions and economic downturn due to the pandemic. And Sotheby’s is expecting its next watch auction in Hong Kong to be a horological crackerjack.

The sale will be held on October 9 and feature two extremely rare and unique Patek Philippe and Rolex watches. Both the models are made of gold and is estimated that each chronograph will fetch between £461,126 and £0.78 million.

So let’s explore more these two wristwatches that are exclaimed as extremely unique and rare, exhibiting the pinnacle of collectable editions.

It is typically customary for leading watchmakers to furnish their most exquisite and complicated timepiece with precious metals cases. One of the two rarest gold chronographs that will feature at Sotheby’s Important Watches auction is the Patek Philippe Reference 1436.

The Reference 1436 is one of the only two split-second vintage chronographs, manufactured by the prestigious watchmaker. The watch is crafted of yellow gold, and only a few things are furnished in pink gold. More than half a century ago, the Patek Philippe Reference 1436 was originally purchased. And since then, the watch is known to have enjoyed three ownerships.

Nonetheless, the split-seconds yellow gold chronograph Reference 1432 comes with its original branded box. Patek Philippe produced the watch in 1960, and it got sold in 1961. Moreover, the brand is known to have made only 140 iterations approximately of this reference.

Out of it, Tiffany & Co sold one of the just five references. However, the auction house will present this vintage Patek Philippe watch in unpolished condition. The timepiece retains its original crystal and strap. Another fascinating and valuable fact is that this Patek Reference 1436 flaunts a clear signature mark with inventory numbers of Tiffany. It can be seen in the middle of the lugs.

Furthermore, this incredibly rare Patek model features a contemporary font dial. What boosts the appeal is that the dial sports short indexes and scales. And these are something that the watch industry has never confronted before. Thus, this Patek Philippe Reference 1436 is alleged as one of the most refined gold chronographs that have come up in the market.

Also Read: The Answers To Common Questions About Polarized Sunglasses

The Cosmograph Daytona is undoubtedly one of the most celebrated watches in Rolex’s catalogue. A Rolex watch is synonymous with the ultimate precision, luxury and success. However, the Daytonas are amongst the most legendary and sought-after wristwatches.

Besides the Daytona Reference 16528 to be auctioned by Sotheby’s, Rolex has many other significant collectable models. For example, the Rolex Reference 6062 with moon-phase and triple calendar, triple-date “Jean Claude Killy” chronograph versions and the “big-crown” Submariner models.

Nevertheless, the Rolex Daytona Reference 16528 is entirely crafted of yellow gold. This watch from 1996 is embellished with diamonds on the dial. What escalates the desirability and value of the timepiece is its rare dial.

The Rolex Reference 16528 is known to be the only yellow gold Daytona that the elite Swiss watchmaker equipped with a hard-stone dial. Furthermore, the appeal of the unique lapis lazuli face of the watch is accented by glistening diamond indexes.

Typically, the Rolex Daytona watches featuring hard-stone dials command staggering prices. If you are not aware, a Daytona in platinum with a lapis lazuli dial sold for £2.56 million earlier this year. The record-breaking sum made it the costliest automatic chronograph to be ever sold.

Also Read: How to Wear Slides With Socks?

Other Offerings of the Upcoming Sotheby’s Watch Auction

The Important Watches auction by Sotheby’s will also feature many other exclusive watches, apart from the two above-mentioned rare models. Yes, there will be modern and coveted vintage watches from independent watch manufacturers and heritage brands. However, you will also get to see a Philippe Dufour Simplicity in white gold. It is estimated to sell for £203,642 to £321,132.

Another model to be presented is a limited-edition F.P Tourbillon Remontoir Deegalite in platinum. The auction house expects this timepiece to sell between £260,822 and £401,771. Also, there will be platinum Patek Philippe Minute-Repeating Perpetual Calendar Tourbillon Reference 5016.

And this exclusive watch is expected to bring between £301,682 and £502,281 at the upcoming Important Watches sale.

Could You Start A Hedge Fund?

Choosing A Dress Design That Suits A Plus Size Shape

Ways to Style Your Outfit with a Pair of Stilettos

Posted on July 26, 2021July 26, 2021 493
There’s a reason why you must buy stiletto, which is the ultimate shoe for those special occasions. They add height, they elongate your legs,...
Read More

Give Cheap Bridesmaid Dresses Expensive Makeovers while Sitting at Home

Wearing Pearls On Your Special Day

Posted on June 3, 2020June 3, 2020 2583
A lot of people struggle when it comes to deciding what to wear on their wedding day. This is because wedding wear and jewellery...
Read More

Posted on April 1, 2020April 2, 2020 8855 0
If you are soon to be getting engaged and you are not planning to design the ring, this is something you should seriously consider...
Read More