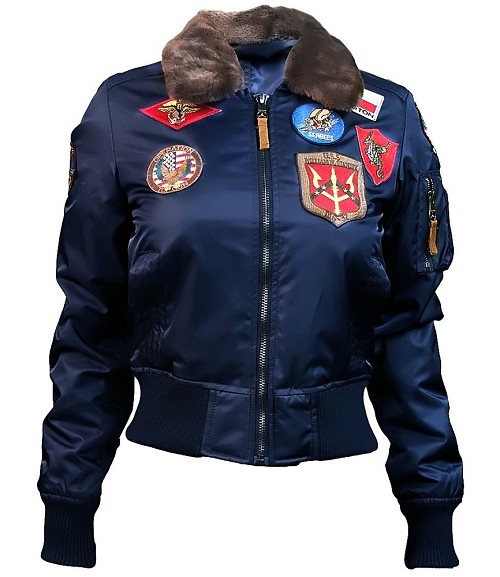 Fashion is never still, it keeps on changing with people coming up with new trends and outfits. Modern fashion is not easy to follow. Sometimes fashion includes those outfits which are worn by celebrities in movies. The movie characters and their attires set the fashion at times. For instance the upcoming movie Top Gun has the amazing Top Gun Jacket which has now set the trend of fashion. There are many other movie characters which set the trend with their amazing attires.

Upcoming movies like No Time to Diewhich is a sequel for the James Bond franchise is set to be released on 12th of November 2020 and has yet set a trend of the new James Bond Sweater as well as the James Bond suits. There are many other movies whose costumes and attires are set to be trends. Here are some of the best movie costumes which later became a fashion trend.

The outfits worn by the character of The Hunger Games became the trend of its time. The attire of Jennifer Lawrence in the show has created its own fashion trend after the movie got released. The Hunger Games was a movie which was solely based upon survival of the fittest. The participants were pushed in a game where they had to survive all on their own, kill others to stay safe and survive till the end of the game. The movie received positive remarks from the critics and has set its own fashion trend since then.

The movie stars some of the best actors including Robert Redford and Faye Dunaway. For many people ‘condor’ refers to a master class in how to dress. The character of Mr. Redford is a bookish CIA agent who leaves his office for lunch only to come back and see his colleagues’ dead, killed. The amazing attire of the character has set some of its own fashion standards.

The killer’s wardrobe included a grey herringbone blazer, a navy wool sweater and a chambray dress shirt with blue jeans. The trend was set up for men through this movie. The critics appreciated and loved the idea of the movie including the attires of all the characters in the movie especially the killer and Robert Redford’s character of a CIA agent.

The movie has received immense love and appreciation as well as positive remarks from the critics. The movie is a classic. It stars Angela Bassett who plays the role of Tina Turner. The costumes of the movie was loved by the audience especially the ones worn by the women in the movie.

The attire worn by Angela Bassett sets a totally new and unique fashion trend for the world. The character has been loved adored by the audience for its performance as well as its costumes throughout the movie.

The showgirls in the TV series wore the kinds of attires which were unique as well as eye-catching for the audience. The attire of the cast of this show was loved and adored by everyone. It set a different yet unique fashion trend at the time of the release of the show.

Spice World is a 1997 movie. The genre of the movie is musical and comedy. The movie stars the pop girls group and the Spice Girls who play themselves in the movie. The movie revolves around these women and has set a whole new fashion trend of its own. The movie received amazing remarks from the critics and has been one of the best 1990’s movie yet. The singers are perfectly dressed in the movie including Victoria Beckham and then later Victoria Adams who wears a camouflage mini-dress. There are many other attires worn by these characters which later set a fashion trend.

Posted on July 21, 2021April 30, 2022 403
Ethnic fashion is currently one of the most versatile areas in the fashion industry, with new trends cropping up every single day. The beauty...
Read More

7 Creative Ways to Make a Statement With Your Outfit

Posted on October 4, 2022October 4, 2022 94
First dates can be daunting. Especially when you have to factor in keeping confident, finding the best place for the date, and most importantly...
Read More

Watch the Hollywood Blockbuster in your Language: Charlie’s Angels

Posted on October 1, 2018June 1, 2019 1740 6
One of India’s most comprehensive digital entertainment platform for language content ZEE5 with across 12 languages, released Charlie’s Angels – A Hollywood Blockbuster in...
Read More

How to Prepare for a Fashion Shoot